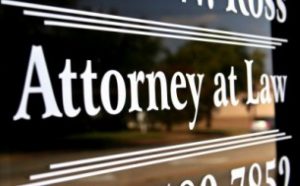 Telemarketers are notorious for ignoring DNC (Do Not Call) lists. As a result, the Federal Trade Commission (FTC) has brought close to 120 enforcement action against such companies, including a Dish Network and a Florida-based cruise line. The FTC has also received over three million complaints about companies making illegal robocalls after they were told to stop. There is a way that you can avoid joining those statistics and having DNC lawyers file a case against you or your company.

Like its name suggests, DNC scrubbing is a device for telemarketers to scrub their call lists against Federal, State and other Do Not Call regulations. These lists are put together by the National Do Not Call Registry, is updated on a monthly basis, and enforced by the Federal Communications Commission (FCC). Helping telemarketing companies prevent lawsuits is our passion and that’s why we sell these lists. Once consumers place their landline or cell phone numbers on the Do Not Call list, it’s permanent unless the consumer cancels it or discontinues the number.

Yes. Only calls from market research companies, ones that do surveys only, are exempt. However, those who do surveys as well as selling a commodity are obligated to adhere to DNC listings.

Yes. Charities calling on their own behalf are exempt. However, not all third-party calls are genuine and that’s why they’re not. As a result, the consumer has the right to ask not to receive any calls on the behalf of that charity. If it’s ignored, the third party company can be fined for up to over $41,000.

A consumer who has an established relationship with a business may receive calls for up to 18 months after their last purchase or delivery. If a consumer has made a request for an application, that company can call him or her for up to three months. However, if the consumer requests to not receive any further calls, those companies are still obligated to adhere to that. Even if the company is an exempt one, the consumer can ask not to be put on that company’s own DNC list.

You can prevent a costly lawsuit and the involvement of a DNC lawyer. Call us to order a lead list that has been scrubbed against the DNC registry. This is the only way to really know that calls being made are not going to result in fines from the FTC.

Other benefits of our leads lists are –

#1 We can sort using demographic data

This makes it possible to target specific people you want to sell to. For example, maybe your product is more applicable to women than men, etc.

Purchase a list every month or quarter to always work with fresh leads that have recently been scrubbed against the DNC.

Order yours today and start calling!